Here we are at the Egg Files II. Oh how time has flown. The First Egg Files was way back when. Taking pictures was not exactly my strong suit 🙂 But hey, we learn and grow, right? On the menu today will be an out of this world Quiche (a.k.a. Refrigerator Pie) and Flan. This was my first time ever making flan and it was a success! I am no longer intimidated by the incredible edible egg. Let’s dig in to the recipes.

For the Refrigerator Pie, there are many different variations you can do. I chose bacon, leek and Gruyere. I actually used 2 types of Gruyere, regular and smoked. In addition to that, we have half and half and two eggs. Yes, only two eggs. I was shocked too! 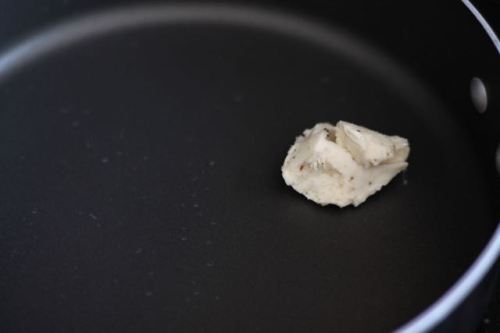 Start off with baking the bacon. I had some leftover truffle butter from my Truffle Mac and Cheese Bun Burgers so I had to use it up. It would be a crime not to!

Whisk together eggs, half and half, salt and nutmeg.

Prepare your frozen pie crust. Yeah it’s frozen…so what? If Alton Brown is okay with it, then who are we to question 😉

First put in those leeks you sauteed

Then half the cheese

And rest of cheese

Slowly and carefully pour in the egg mixture. Make sure to leave some room on top for expansion.

Bake that baby for 45 minutes 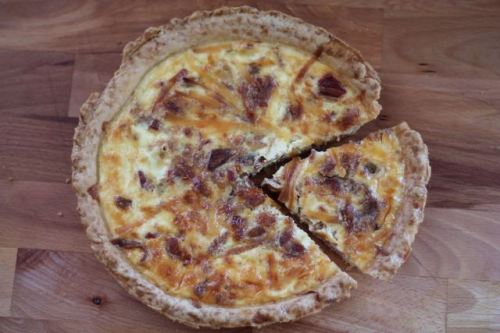 Devour! This was sooooo good and so easy to make. My forever go to Refrigerator Pie. Amen!

In a nonreactive, stainless steel bowl, combine the cream or half-and-half and the eggs. Whisk until combined thoroughly. Add the salt and the nutmeg. Whisk to combine.

Refrigerator Pie Rules: Heat oven to 350 degrees F. Evenly distribute the pie fillings in the pie crust. Do not overfill the crust with the filling ingredients. Do not pour too much royale into the crust. The eggs will expand upon cooking. Bake the pie until it is firm to the touch like set Jell-O, about 45 minutes. Cool the pie for at least 15 minutes before slicing.

Next up, the Flan. This intimidated me, I’m not going to lie. Now, this would be a whole lot easier if you used your stand mixer to do the hard work. But me being me, I just had to do it by hand like Alton did. Temper eggs slowing and whisk like a maniac! I actually made this while I was FaceTiming my parents. I’m pretty sure they think I’m totally nuts now 🙂 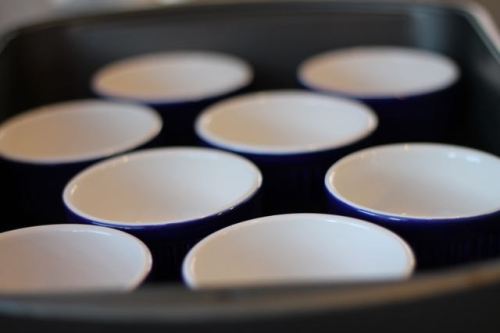 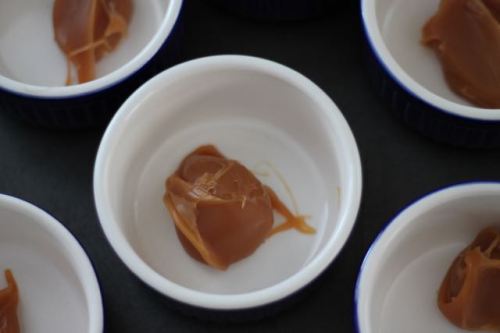 Put a tablespoon of your desired topping. I rolled with caramel for them all. This recipe would be quite nice. I ended up using the jarred stuff in a pinch.

Whip 3 whole eggs and 3 egg yolks in a bowl until they thicken and lighten in color. Get your arm muscles ready!

Combine milk, half and half, vanilla and sugar in a saucepan and bring to a simmer. 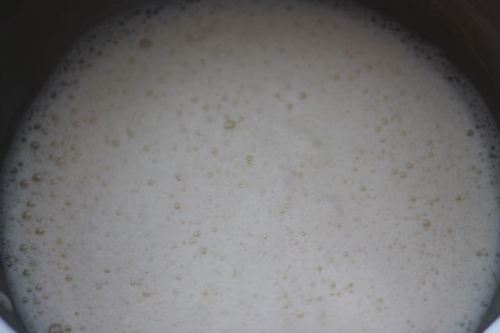 SLOWLY temper the egg mixture into the milk mixture.

Strain, then pour into ramekins. Pour boiling water into the pan and around the ramekins so it comes right under the custard level. Bake for 40 minutes.

Cover and chill or immediately flip over and eat like I did 🙂 This was so creamy and delicious. It turned out perfectly. I’ll definitely be making these again.

In the saucepan, combine the milk, half-and-half, vanilla, and sugar. Bring to a bare simmer over medium-low heat.

Separate 3 of the eggs using the slotted spoon. Reserve the whites. (Note: Freeze the whites in ice trays. After the whites are frozen, place the frozen cubes into zip-top freezer bags. The frozen whites can be frozen up to a year.)

Place a mixing bowl on a rubber pad or a wet towel to prevent the bowl from spinning out of control. In a mixing bowl, combine the remaining whole eggs and the yolks. Whip the eggs with a whisk until slightly thickened and lightened in color. While whisking the eggs, drizzle in about a quarter of the hot milk. Now whisk the tempered eggs back into the saucepan with the remaining milk mixture.

Place a fine mesh strainer over a glass or stainless steel bowl with a spout. Pour the egg mixture through the strainer in order to catch any curdled egg bits or particles that may be in the mixture.

Cook the flans for about 40 minutes, or until they wobble slightly when the pan is wiggled, about 40 minutes. You can also insert a paring knife midway between the edge and the center. If it comes out clean, the flans are done. Using tongs, remove the cups from the pan to a towel-lined sheet pan. Allow the water in the roasting pan to cool before discarding. Cool, cover and chill.

Let me know if you guys try these Eggs-cellent recipes 😀